Some of you make have got this from Tesco in the last day or so:

Despite trying to get more information this is all we have. Talking to the local management, who are doing their best, it appears that the ‘temporary ‘ store (18 months to two years at current estimates) will be smaller to an extent that will be noticeable.

Plans to have an hourly bus to the Brixton store during the closure don’t seem to have come to anything. I hope to be proved wrong.

The Pharmacist confirmed that he will be ‘open’, as by law he has to be, but he told me customers will have to ring a bell to get in. Hmm.

Meantime instead of setting up the temporary store for an instant transfer it feels to me that Tesco Head Office would rather save money on shop fittings and ignore any inconvenience this might cause local people.

I’d like to say ‘thanks’ on your behalf to the staff who have been there for us and so cheerful for so long. Sadly those were the ones who have been made redundant and I will miss those familiar faces.

PS If you remain more loyal to Tesco (than they are perhaps to you) the Brixton Store on Acre Lane is easiest to get to. 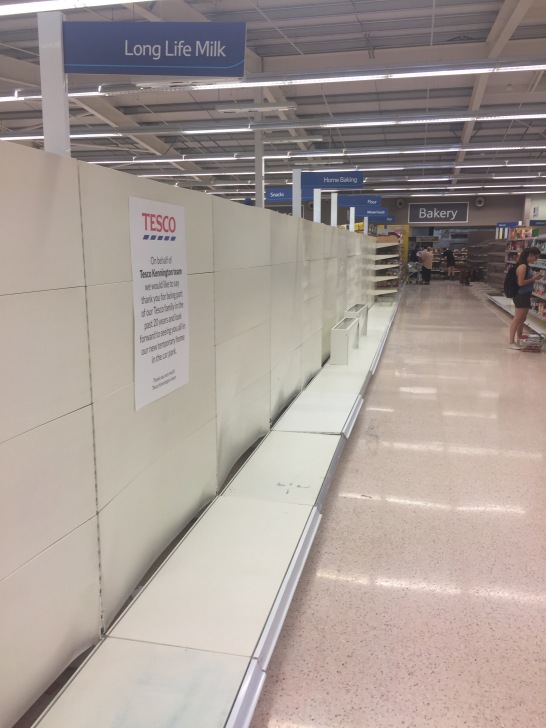 View all posts by se11net